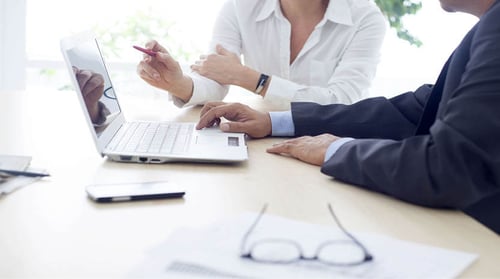 As part of the 27 October Budget announcements, the government confirmed their plans to press ahead with proposed ‘basis period reform’ changes which will have a major impact on how many unincorporated businesses determine their taxable profits.

Under the current basis period rules, unincorporated businesses paying income tax on their trading income generally allocate this income to tax year on a ‘current year basis’, with specific rules determining the basis period in the early years of trading, the closing years of trading, and where accounting period dates are changed. On a current year basis, a business reports their taxable profits or losses for its accounting period ending in the tax year on its return for that tax year. For businesses whose accounting period does not end on 31 March or 5 April, this system often taxes a certain amount of profits twice, with the double-taxed profits recorded and carried forward to provide ‘overlap relief’ commonly utilised on cessation.

The ‘basis period reform’ proposal would tax such businesses on a ‘tax year basis’ from April 2024, with a transitional year in 2023/2024. That is:

The implementation date for these rules was pushed back by one year in an announcement by the Financial Secretary to the Treasury on 23 September, alongside the announcement delaying the implementation of Making Tax Digital for Income Tax (MTD for ITSA) which is now mandated from 6 April 2024 for sole traders and individual property business owners who meet the relevant turnover threshold.

The basis period reform rules are intended to be considered alongside the implementation of MTD for ITSA as a way to simplify the system of allocating taxable profits and losses to tax years. The alignment of basis period dates for income tax will also align the reporting periods and dates under MTD for ITSA for affected businesses.

However the proposals are contentious, with a number of professional bodies including the ICAEW, ATT, CIOT and ICAS calling for a delay in implementation or for the reforms to be dropped entirely, on the basis that they do not achieve the stated objective of tax simplification and may in fact be damaging.

The implementation dates for basis period reform coincide with the mandated start date for MTD for ITSA by design, but such significant changes coming through in a short period puts substantial compliance pressure on taxpayers and tax professionals, and on HMRC’s tax system.

Even in isolation, the basis period reform rules raise a number of practical issues to be taken into consideration:

CaseWare UK are carefully monitoring the progress of the basis period reform proposals. We believe that clear and intuitive tax software assistance in the operation of these rules through the transitional year and beyond will help mitigate the time-costs of basis period implementation for agents.