Changes to the Statutory Landscape in 2020 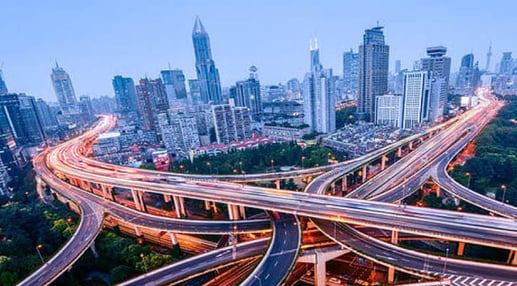 The new calendar year looks set to be a slightly quieter year in terms of compliance changes compared to the hectic twelve months that was 2019.

The year that was…

IFRS reporting changed dramatically in 2019 with IFRS 9 (Financial instruments) and IFRS 15 (Revenue from Contracts with Customers) becoming mandatory for entities whose period commenced on or after 1st January 2018.

Implementing the changes within our template meant that additional mapping codes were added to both the AccountsAdvanced and the AccountsAdvanced IFRS templates in order to give users the flexibility to adopt the new standards in either a retrospective manner – restating prior period balances in the traditional manner, or by adopting the ‘current year cumulative catch-up’ method of applying a one-off adjustment to the current year brought forward figures and leaving the prior year balances unchanged.

The triennial review of FRS 102 continued to have an effect upon reporting requirements and revisions to the LLP SORP required us to make some amendments to the Net debt note which was previously a primary statement.

All of the triennial review changes and the implementation of the new IFRS standards meant that the FRC updated their UK Taxonomy to cater for the new reporting requirements. This 2019 version of the taxonomy was adopted by HMRC on 22nd February 2019 with Companies House following suit shortly after.

This again provided a challenge for our development team who not only had the task of converting the unchanged iXBRL tags from the previous 2014 Taxonomy, but also giving users the flexibility to continue to file their ongoing Accounts with the older version (which was still applicable for entities without any of the new disclosures present in their Accounts). An additional option was added to the toolbar for switching between the different taxonomy versions.

The new SORP became mandatory for Charities with a period commencing in 2019 but, with early-adoption permitted, we made changes in the new AccountsAdvanced Charity-Academy template to allow the new or the older SORP to be used.

One of the major disclosure changes brought about by the SORP were to clarify the need for comparative information to be included for all amounts presented within the Accounts – including the notes and all additional disclosures required by the SORP.

With disclosure requirements changing, a new 2019 Charities Taxonomy was also released and we added this as our default taxonomy in August 2019.

Interestingly, the Academies Accounts Direction 2018 to 2019 was drawn up based on the old SORP and hence the new version will be adopted this August.

This year kicks off in a similar manner to last in that there is a new mandatory IFRS reporting requirement as IFRS 16 (Leases) comes into effect for entities reporting under IFRS or FRS 101 with periods commencing on or after 1st January 2019.

The standard will require lessees to account for all leases on their balance sheets, including those which had previously been treated as operating leases (and therefore accounted for in the P&L account).

Again there is the option of using the ‘current year cumulative catch-up’ method for reporting the changes under the new standard, or adopters can restate prior-year balances. In order to cater for both options, new mapping codes have been added to the templates and the first time adoption note has been updated accordingly.

The Companies (Miscellaneous Reporting) Regulations 2018 also come into effect for UK entities with a 2019 reporting period start date, hence some changes to wording and layout within the Directors and Strategic reports have been included in our February ePack release.

The Irish revenue plan to restrict the use of the 2017 version of the Irish GAAP taxonomy in summer of 2020 and therefore we will be updating to the 2019 Taxonomy for FRS 101 and FRS 102 in Spring of this year.

Don’t mention the ‘B’ word…

Of course it would be impossible to write an article like this without mentioning Brexit. During 2019, Companies House was preparing itself for a “no deal” Brexit, but following the Prime Minister’s Withdrawal Agreement (on the 31st January 2020) any changes to the iXBRL schemas or to the existing Taxonomies have been delayed indefinitely – although any negotiated deal with the EU is likely to have an impact and therefore we cannot rule out further changes from an automated-filing perspective over the course of the year.

Given that the UK will still be part of the EU for another year, the European Single Electronic Format (ESEF) reporting will become a requirement for entities operating in EU-regulated markets with reporting periods commencing on or after 1st January 2020. The European Securities and Markets Authority (ESMA) requires that the consolidated financial statements of annual financial reports need to be tagged to their taxonomy which is an extension of the IFRS taxonomy.

As result, we will be implementing this new taxonomy and applying the automated tags to the consolidated figures towards the end of 2020.

The first draft of the new Academies Accounts Direction was expected to come out much earlier than normal this year, but the December election seems to have put paid to that and the latest that we have heard from ESFA (Education and Skills Funding Agency) is that we are unlikely to receive the first draft until mid-May with the final version currently scheduled for the end of May.

One change which will definitely be made is to adopt the Charities SORP 2019 – as previously mentioned.

The FRC’s revisions to Ethical and Auditing Standards was published in December 2019 and these are likely to have some effect on the standard audit report wording for periods commencing 15th March 2020 or later.

FRED 72 (Draft amendments to FRS 102 Interest rate benchmark reform) applies changes to hedge accounting reliefs with interest rate benchmarks (LIBOR) being reformed. These changes will apply for periods commencing on or after 1st January 2020 with early adoption permitted, therefore we will be looking to release updates in this regard around Easter 2020.

FRED 73 (Draft amendments to FRS 101 Reduced Disclosure Framework) is out for consultation until 16th March 2020 and therefore there are likely to be some changes to the exemptions available to FRS 101 entities later in the year.

The IASB has been reviewing the feedback from IFRS 3 (Business Combinations) and is expected to present its findings in February 2020, with a view to amending its requirements and those of IAS 36 (Impairment of Assets).

We will continue to monitor these throughout the course of the year, and as always, we will update our software to ensure that we remain compliant throughout.