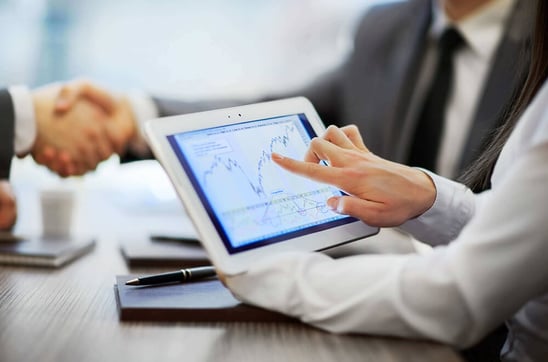 On 18th December Sir Donald Brydon delivered an early Christmas gift to the profession, in the form of his report on improving the UK audit industry. It seems to have been generally well received and Andrea Leadsom has already indicated that it will ‘inform’ the government’s reform of the audit. The wide ranging document has made more than 60 recommendations, and so there is no shortage of subjects for debate in the coming months, as the industry digests the implications of some quite radical suggestions and opinions. In this article I’m going to focus on the technology themes of the Brydon Report, and how we see its role in his proposed new audit landscape.

Perhaps the best place to start is to note that the proposed new definition of a ‘High Quality Audit’ (7.4) has technology as one of the primary pillars. It states explicitly that such an audit “...takes advantage of new technologies to improve the probability of its judgments being appropriate.”

This is a significant comment and it contains some of the key themes that Brydon returns to throughout his work when it comes to technology. Software is an essential part of the audit toolkit not a replacement for the auditor. Judgment remains the primary and highly valued skill, a point that’s reinforced many times, and made quite explicitly in some cases (24.1.2).

Chapter 24 is dedicated to technology, but it felt that the subject was not given sufficient consideration, and indeed the formal recommendations don’t quite have the force and cry for action that some of the others contain. Certainly there’s acknowledgment that when it comes to automation “...extension is inevitable.” (24.0.2), but he warns, elsewhere, against some of the more far-reaching predictions and claims of the IT industry, so there is a more guarded approach to the benefit and impact of the software industry than one would have hoped to see.

Sir Donald is slightly wary of overusing the concept of ‘expectation gap’, regarding the phrase as an unhelpful cliché that distracts rather than informs (4.4). However, it’s impossible to avoid the fact that one of the many impacts of technology is the speed at which it’s changing almost every profession. Where once professionals made demands on software providers to deliver functionality, we are now in a place where technology is driving the change, and forcing a re-assessment of roles and our engagement with IT. Extension is indeed inevitable, so we shouldn’t ignore the fact that technological developments will evolve with or without the engagement of the profession.

One illustration of this is the concept of sampling. Sample sizes have long been a matter for debate and their statistical validity questioned at times, but the approach could always be defended on the grounds that manual inspection of every transaction was an impossibility. For certain data sets it is already possible to ‘test’ 100% of items, and sampling becomes extinct not because the profession has deemed it to be so, but because technology has made that conclusion inevitable. Brydon acknowledges that the adoption of this approach now has to be accelerated, and by inference there is some catching up to be done.

Sir Donald makes the point that we should be wary about “…over enthusiastic claims for new technology” (24.1.12), and he rightly highlights access to data being an obstacle to progress (24.1.1). I would argue that, when it comes to data analytics, we have already seen huge advances and that the enthusiastic claims are no longer about getting hold of data but around the ability to automatically draw accurate and reliable conclusions from that information. Our everyday experience suggests that technology claims these days tend not to be over-enthusiastic, just a bit early.

The data is now available and accessible, and there certainly should be work done by the accounting industry to investigate standardising the structure of transaction data. This would make getting hold of it a far simpler proposition, creating a far more even playing field for auditors to compete on. Larger firms are able to throw more resources at this problem than others and this risks distorting competition still further towards the higher end. This raises an underlying contradiction within the whole report with regards to technology that I’ll return to at the conclusion, but it was an interesting area to touch on.

Somewhat tongue-in-cheek the report quotes one correspondent at an unnamed technology company stating that “audit is like the high jump: the auditor attempts to clear the bar by the minimum possible distance lest any excess performance leads to new difficulties.” (6.3.2)

Whatever one’s position on that statement it’s certainly clear that access to 100% of the transaction data means that the auditor will be expected to form their opinions and work on the assumption they have indeed ‘seen’ everything. Given the perception that data is widely available auditors may begin to be asked why they haven’t examined transactions in greater depth, and this pressure is likely to be felt more acutely in fraud cases.

The report quotes PWC’s “Future of Audit” (14.1.1), where technology is presented as an aid to Identifying potentially fraudulent activities. More significantly, it suggests there is an assumption on the part of business investors that technology should and could be doing this. As business failures start to involve household names (businesses that the public feel they understand), that expectation will grow still further beyond the finance sector to a wider group of stakeholders (8.4).

It may be no more than a coincidence that the phrase “Ask no questions, and you’ll be told no lies” appears to have been coined by Charles Dickens in, of course, “Great Expectations”.

Technology should not burden the auditor with data and then abandon them. Data analytics tools will provide access to a rich source of information, but they have to support the auditor. A good analytics application must also attempt to make sense of information and present it in a way that assists interpretation and explains the basis on which that data has been stratified or weighted. Whether the systems should also aim to “…create conclusions” (24.1.1)is more questionable, and surely contradicts the reports message that judgment will remain a core skill of the auditor.

Accounting firms have extremely detailed and valuable information, and the report touches briefly on a concept that the profession has to explore far more deeply and bravely. Section 14.4.2 refers to an ‘Open case study’ approach to sharing the results of fraud investigations so that auditors can learn from their collective experience. I would argue this concept has to go much further, with access to powerful, pooled and anonymised data becoming a fundamental tool available to firms. Large firms can achieve this with their own client portfolios but the smaller firms will have to work collectively to compete in benchmarking/advisory service market.

Firms using CaseWare possess structured, comparable data far richer than that available at Companies House, for example, and it is possible to make that available to the wider CaseWare community in anonymised form for just such a purpose. In polls taken at the CaseWare Client Conference in 2019, it was clear that firms wanted access to this pool of data but, disappointingly, there was far less enthusiasm for contributing to it. Unfortunately, you can’t achieve one without the other.

Education is another major theme of the report, and it makes clear that maintaining the judgment and scepticism skills of auditors remains a fundamental skill. The suggestion that there will be more specialised areas of auditing inevitably means there will be a greater exposure to technology and, therefore, a need to understand its role in the overall process. As it says “…the ubiquity of technology within audited entities will demand more technological education of auditors.” (6.6.19)

There has always been the fear in many professions that technology will water down the core skills of junior staff, hampering their technical development. The counter argument is that it reduces the level of repetitive or simple high-volume tasks that add little value to either the client or an individual’s professional progress. The tasks that were once regarded as foundation skills may well become redundant, but essential new ones will emerge as the accounting technology landscape continues to advance. The focus of the work will change, and education has to keep pace. As one auditor put it, they see “...time spent on the risk assessment procedures and audit planning stage rising from approximately 30% currently to as much as 60-70% in future”. (24.1.3)

Well deployed technology will at the very least buy you time, saving resources in one area so that they can be deployed in others. This is technology working as a support mechanism, helping the auditor with their judgment, not holding them back.

Technology is now an established force of change within the audit process, and the profession has to engage effectively with it through education of its members, and collaboration with software providers. The report is focussed on the listed company audit, so its real impact will depend on what recommendations are adopted and how they affect the market outside of those firms servicing listed entities.

And here is the contradiction at the heart of the report’s approach to technology. The introduction begins with a quote on capitalism, and by implication on healthy competition. However, when addressing the question of software development it notes that a focus by suppliers “…on the mid-market for many of the available tools” is “disappointing”. (24.1.19)

Certainly software businesses want to supply their valued large firm customers, but commercially they also have to address the needs of the mid-tier and smaller practice. If competition does indeed lead to quality then we should be pleased that tech companies are bringing to market tools that enable those firms to compete upwards.

With talented development teams and a customer base that is ready for some creative collaboration on new ideas around data, the technology industry will be the pillar of high quality audits the Brydon Report wants it to be.