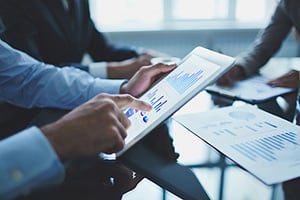 Edit: Since 31st December 2020 HMRC have confirmed that most of the UK’s planned implementation of DAC6 is to be repealed. CaseWare understand that replacement legislation will be enacted under which only tax planning schemes meeting the “Category D” hallmarks under DAC6 need to be reported, and those only for a limited time.

A consultation on the OECD’s Mandatory Disclosure Rules (MDR) is planned for 2021, following which the UK is expected to legislate to implement the MDR and repeal the remaining implementation of DAC6. This would move the UK from the European standard to an international one.

As a result of the above changes, much of the information in the below article is now out of date. UK businesses should carefully monitor and review the changes in DAC6 and MDR implementation as they occur, in order to understand how their data gathering and reporting requirements might be affected.

Original post: A new EU Directive is to be implemented by the UK which raises yet another disclosure and registration requirement for many taxpayers and their advisers, increasing the compliance challenges of providing services in the era of mandatory transparency and information-gathering initiatives.

Council Directive 2011/16/EU on administrative cooperation in the field of taxation, or DAC6, introduces requirements for the mandatory disclosure of cross-border arrangements by individual and corporate taxpayers, and intermediaries. DAC6 is a push by EU tax authorities to challenge cross-border tax avoidance and evasion.
The UK is planning to implement DAC6 and to do so in the same timeframe as the rest of the EU, Brexit notwithstanding, which means legislation will be in place in the UK by 31 December 2019.

The crucial dates to bear in mind for DAC6 are:

All firms acting as tax advisers and intermediaries should review the rules in detail over the coming months, in order both to prepare and also to capture records and information that might need to be disclosed under DAC6.

These rules are, in spirit, the introduction of a regime according to the recommendations of BEPS Action 12 against aggressive tax planning arrangements. In the UK we can draw a comparison to the DOTAS regime. However, all taxpayers and intermediaries should be aware that the scope of DAC6 is far wider.

In particular the definitions in DAC6 are going to capture a number of taxpayers, intermediaries and transactions that would not be reportable under DOTAS:

Taxpayers that are not resident in the EU are not exempt from these rules. To the extent such taxpayers carry on activities in the EU, they may be required to make a disclosure.

Under these rules, even relatively “standard” tax planning will carry a disclosure requirement. The following common arrangements are potentially reportable:

These represent the worst-case scenario, but it is clear that affected taxpayers and their advisers need to prepare for a regime where many arrangements not deliberately undertaken for tax planning reasons require disclosure.

The key thing to take away from this uncertainty is the need to keep up to date on the implementation process for DAC6 in the UK and across the EU, and to maintain good records on potentially affected transactions from 25 June 2018 using an appropriate digital data collection and storage solution such as CaseWare Cloud. All of these transactions will need to be reviewed again in light of the legislation brought in to enforce DAC6.