My Graduate Placement During Lockdown 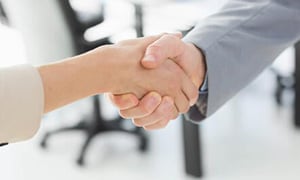 I assume like most people in my position, I found the prospect of starting a placement from home a daunting task. But on the first day, spent organizing my laptop to be able to access the correct services in order to begin work, I was able to notice the support given to me by my new colleagues. Over the next few weeks I had many questions about the new technologies I was to use and the team were nothing but helpful – always getting back to me in good time with useful answers and happy to offer entering a call to guide me through any issue I was having with my work.

One month in I was moved to the AQA team for a few weeks where I was introduced to new technologies like Cucumber, Ghost Inspector and Jenkins.

One of my goals for the placement was to be able to have a ‘story’ which I can use to show to myself that I have made a good impact at CaseWare. I believe I achieved this when I gave an internal demo in which I showed the potential of a function library using the functions I wrote as part of the AQA team to evaluate two XML/JSON objects:
The team had a couple questions that I was happy to answer, this demo led to a discussion between the team on the possible application of said library to their own projects – demonstrating significant improvement in my own abilities to deliver a presentation of a technology which was able to convince some attendees to experiment with what was on display. This was way more fulfilling for me than giving a course-related presentation, given the possibility of having an impact on the work the team and I were taking part in and not thinking about getting the best marks out of it.

The quarterly appraisals gave me a good opportunity to reflect on how I was doing and how I have improved since working at CaseWare. For example – I started communicating more in the channels where I went from asking for advice that my colleagues were always so willing to give, to communicating between teams in order to help organize plans to work through the tasks for us to collectively tackle in each week’s sprint.

Recently, I have been moved to work on an Angular project which would assist the creation of forms using a web page rather than have developers manually write them in JavaScript. This is the idea of a member of the Cloud Development Team and, given the potential of this tool, four of us have been allocated to improving the tool. This has illustrated to me the confidence that CaseWare have in their developers to have them organize the production of a new tool and their openness to new technologies if someone was to give a convincing presentation to support their case.

In summary, my time at CaseWare has been brilliant, the environment is great, the staff are wonderful to work with and going forward I look forward to the more technologies and opportunities that I will be exposed to. If you enjoy new experiences and the ability to improve your skills in a supportive setting, I would highly suggest CaseWare as the company for your placement.