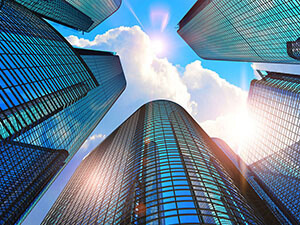 The reformed Corporation Tax loss rules applying to losses arising from 1st April 2017 have offered one of the most significant compliance challenges to corporate taxpayers and their advisers over the past two years.

A key impact of the rules was a relaxation on the ways post-1st April 2017 carried forward losses can be used. Now that some time has passed since the date that these rules came into force, practitioners have had some time to get used to the new obligations and the rules can be understood in a new light.

Over the last few months, both the ICAEW and the ATT have made public representations to HMRC concerning the compliance obligations under these rules. In particular, these identify and highlight matters where corporate taxpayers and their advisers may be unaware of certain reporting requirements that have changed.

The most recent updates to the CaseWare Corporation Tax template have included several updates around these rules, including the potential pitfalls. Here are a few of the matters identified by the ICAEW and ATT, and how a company can make sure they are compliant:

There has been no change to the CT600 to add a section for these claims. The claims have to be made on the computation.

CaseWare Corporation Tax is automated so that if you make a loss relief claim that needs a deductions allowance to be specified, this will appear on the computation, no matter the size of company.

For a small group, claiming loss relief for brought-forward losses is quite burdensome under these rules. The nomination and group allowance allocation statements are submitted to HMRC separately from any CT600 tax return. Again, the CT600 and CT600C forms have not been altered to highlight the new rules.

Using CaseWare Corporation Tax, if preparing a return for a nominated company, the losses worksheets will populate a group allowance allocation statement which can be run off, signed and submitted to HMRC as a separate document.

The new rules increase taxpayer’s flexibility to use these losses against total profits. The change in how the losses can be applied was a headline, but there were also fundamental changes to the claims procedure which every compliant taxpayer needs to know to obtain the benefit of the new flexibility.

Post-1 April 2017 trading losses can be carried forward against total profits under s45A, CTA 2010. Crucially, relief under this section must be explicitly claimed – it is not automatic.

The claim must be clear and explicit on the tax computation and must be made within two years of the end of the period during which the loss is utilised.

The CaseWare Corporation Tax computation automatically includes sufficient information for such a claim when post-1st April 2017 trading losses are carried forward against total profits in this way.

These changes did not form part of the headlines when the rules were announced, but are of key importance for practitioners dealing with compliance. In particular, it’s critical to be aware that the impact of the restriction rules is far more wide-reaching than the £5m limit implies.

CaseWare awaits a response from HMRC to the recent calls to reduce this compliance burden on corporate taxpayers, but in the meantime we have updated our Corporation Tax template to provide as much assistance in this complex area as possible.