Updated Illustrative Auditor's Reports and Their Use 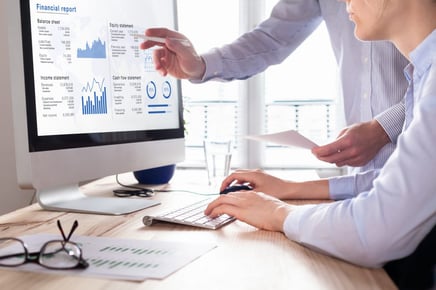 The bulletin is a compendium of illustrative auditor’s reports applicable to United Kingdom private sector financial statements for periods commencing after 1 February 2020 with filing after 31 December 2020, and contains a number of appendices which illustrate how the requirements of ISA (UK) 700 (Revised November 2019) and other reporting requirements of the ISAs (UK) could be applied.

Although its release was essentially to update references to legislative changes in the post-EU exit transition period, the provision of illustrative reports can raise the issue of the need for the auditor to provide individually worded reports and not to simply follow “boiler-plate” wording. There is a balance to be struck between a report appropriate and tailored for the specific engagement and the need to avoid having to “reinvent the wheel” every time.

The bulletin itself emphasises that other approaches may be adopted provided that the form and content of the auditor’s report meets the requirements of the ISA, other relevant standards, and applicable legal and regulatory requirements.

Over a number of years now, the detail and length of audit reports has grown to reflect the need to convey to users of the report a more complete understanding of what an audit entails and the relevance of the opinion being given.

The bulletin handily summarises the main elements of an audit report that need to be covered to be compliant with the various ISAs (all references are to ISAs (UK)). Some will be relevant in all cases and some only in certain instances. These are:-

In addition to these, there are other sections for Group options and where International Accounting Standards accounts are being prepared.

One of the most recent additions to the audit report has been the requirement to explain the extent to which procedures are capable of detecting irregularities, including fraud.

For those of our users who subscribe to our Mercia Audit templates (both Cloud and Hybrid) these have had a new document, A29, added to specifically consider the reporting requirements in respect of this aspect.

Although the illustrative reports simply leave a space for this wording in the examples provided by the FRC, Mercia have produced some wording which can act as a starting point for the auditor to amend for the specifics of that audit engagement.

The example audit reports provided by Mercia are also available to our subscribers in the Download section of our KnowledgeBase.

Perhaps the key thing to note about the “Illustrative Auditor’s Report” bulletin is in the name. They are exactly that, “Illustrative”. They are not meant to be copied word for word but are to be used as a framework for the auditor to base their considerations around when producing their report.

The Audit Report is the one tangible element from the audit work that is done that the general user of a set of accounts sees. So, it is worth the auditor investing their time in providing a clear and unambiguous document that really helps those users to understand the work that has gone in to producing it.